Best Practices for Carpet Cleaning and Upholstery Cleaning at Home 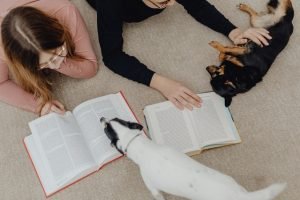 Although it is a chore, routine vacuuming removes dust, dirt, and allergens. As an abrasive, dirt has the potential to wear down carpet fibers. Regular vacuuming not only keeps your house cleaner but can also help keep your carpets from deteriorating too soon. Consider vacuuming twice weekly in high-traffic areas like entrances and main hallways. The “80/20 rule” has been discussed in relation to carpet cleaning with an emphasis on prevention. With an eye toward carpet cleaning best practices, I want to tip the carpet cleaning pendulum in the other direction today.

Plan Out Your Sequence of Steps

Vacuuming is frequently included in regular cleaning routines. If so, especially when it comes to dusting, you might want to save vacuuming for the very last step. Dusting, as the name suggests, will inevitably cause dust to be thrown into the air where gravity eventually takes over.

The best way to get the most dirt out of the room is to cover it at 90-degree angles, even though it might be more convenient to simply move from one end to the other and call it finished. To release dirt that has been trapped in the carpet fibers, move from front to back, then from left to right.

Regular vacuuming is not typically something people do for entertainment, but as the saying goes, if you’re going to do it, do it right. When vacuuming, this entails taking your time and giving the brush roll and vacuum a chance to release the dirt and pull it into the bag or canister. Otherwise, all you’re doing is stirring up dirt and letting it fall back into the carpet.

We’ve all done it. You notice a piece of something on the ground as you are vacuuming the carpet. Perhaps it’s a piece of that cheap toy that came with the kid’s value meal, a tiny hair clip, or a penny. When you see it, you immediately assume that the vacuum will take care of it and that nobody will notice it is gone. Someone I know once tried that with a piece of a craft stick that was lying on the floor. For about a second, he said he was incredibly proud of himself after the vacuum sucked it right up. However, it took that long for the stick to get stuck in the hose and start whistling like one of those noisemakers you blow into on New Year’s Eve. He subsequently spent the following 30 minutes disassembling the vacuum to remove the clog and cleaning up the mess that fix left behind. So, don’t suck up the doodads, is the story’s moral. They just might cause damage or create clogs.

Pay Attention to the Edges

You should occasionally use one of the attachments to reach into the corner where the carpet meets the baseboard, even though you don’t have to do it weekly. Most vacuum heads cannot reach this area closely enough, and even if they could, they might mar the baseboards. Run the brush attachment along the top of the baseboard as you are getting the carpet’s edge. Even if your baseboards are rounded or have a narrow top profile, dust will still gather, especially if they are caulked to the wall.

Regular vacuuming is beneficial for getting rid of allergens and dirt, but it doesn’t do much for stains. Try using a residue-free cleaner, such as water, white vinegar, and club soda, for small stains on carpet and upholstery. Store-bought cleaners should be used with caution because they may contain harsh chemical. Also, use sparingly as they can leave a residue that eventually attracts dirt.

Elliott Fishman, along with his son Brian, is the owner and operator of Extra Effort Carpet & Upholstery Cleaning, Inc.   We serve the residents and businesses of Greater Cincinnati to include West Chester, Mason, Maineville, Loveland, Wyoming, Fairfield, Indian Hill, Montgomery, Hyde Park and Anderson Township. Elliott started this company in 1984, based on the belief that it takes Extra Effort to make each job a success. The father/son team puts the extra time, extra care, and extra effort go into every task they undertake – no matter how large or small the job. Extra Effort’s quality equipment, trained technicians and safe products have made the company a top choice for residential and commercial carpet cleaning, upholstery cleaning, water damage / water extraction, fabric protection, odor control and spot removal.